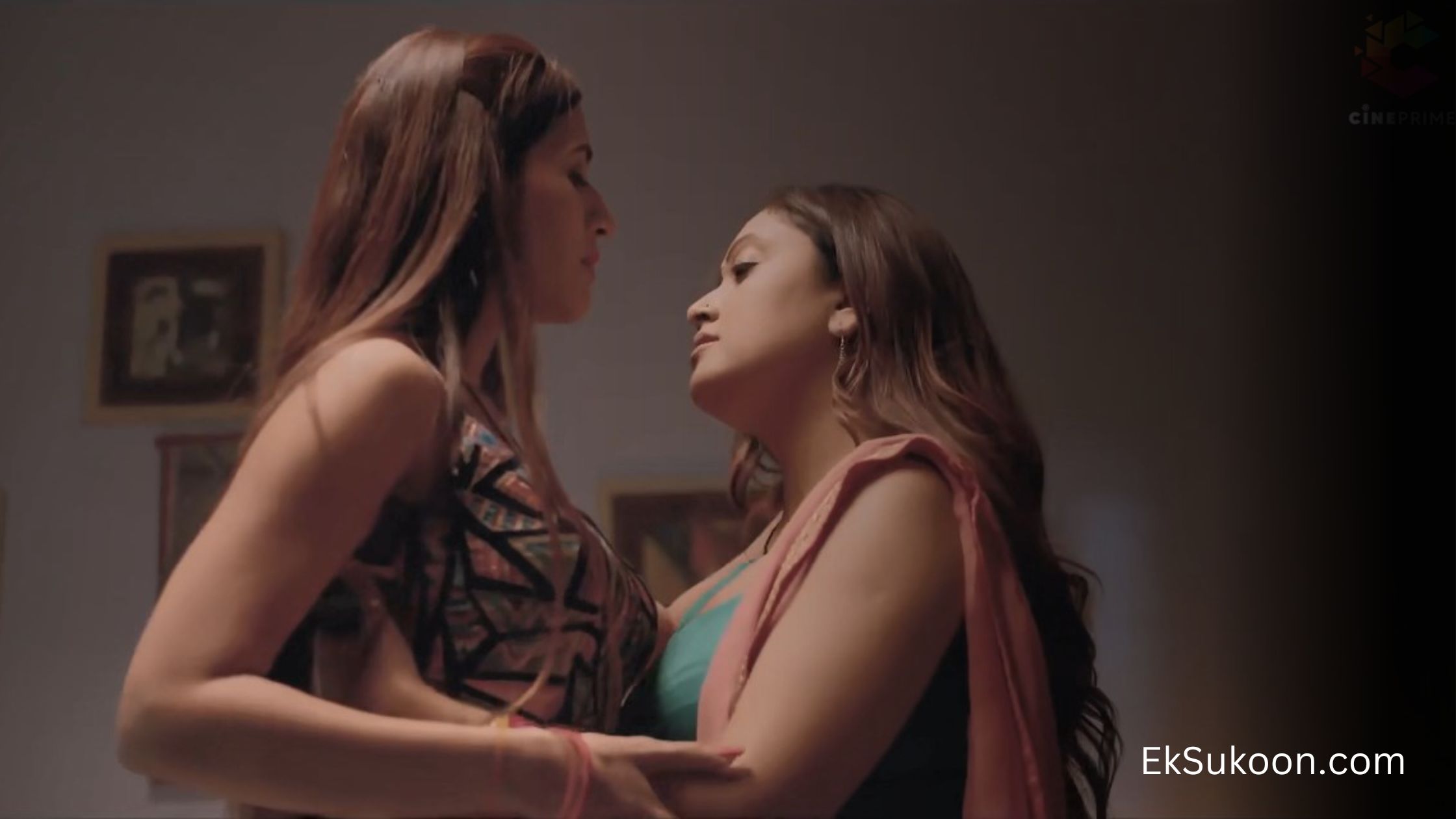 Virgin Bahus web series watch online all episodes on the official Cineprime app. The web series got a good response from fans and critics for its presentation. The comedy-drama series has released first 3 episodes on 13th January 2023. Earlier, fans loved previous Cineprime web series for their engaging storytelling and captivating performances.

Web Series Virgin Bahus episode 1 starts Neelam Bhanushali with her husband in car. The couple is returning from their honeymoon. They are welcomed by the huge family consisting her sister-in-laws Shweta Ghosh and Jaya Pandey.

The web series further shows the scenes of bahus in the family and their relationship with their husband. All the husbands are very caring to their wives. Also, wives are living together as a family. We see Jaya Pandey’s husband is keen to body building and even kisses her standing on his hands.

Similarly, Shweta Ghosh kissed her husband upside down to make it more exciting. The big surprise came when Jaya Pandey entered the room and asked Shweta Ghosh’s husband to leave them alone as it was their time for romance.

Virgin Bahus web series episode 2 showed family is stressed about not having babies in the house. The maid advised to check up all the women to see the problem. Meanwhile, Neelam Bhanushali spotted Jaya Pandey with Shweta Ghosh.

While both the actresses were uncomfortable with their reveal, Neelam Bhanushali confronted them saying it is normal. All the women in the house went for check up.

Virgin Bahus Web Series Episode 2 ended at the cliffhanger as Neelam Bhanushali announced her mother is pregnant and expecting a baby. In the further episodes of Virgin Bahus web series, we may see how the family react and look forward with such a reveal.

Kriti Sanon In Black Bralette Adds Melody To Bansuri Song In Hum Do Hamare Do!