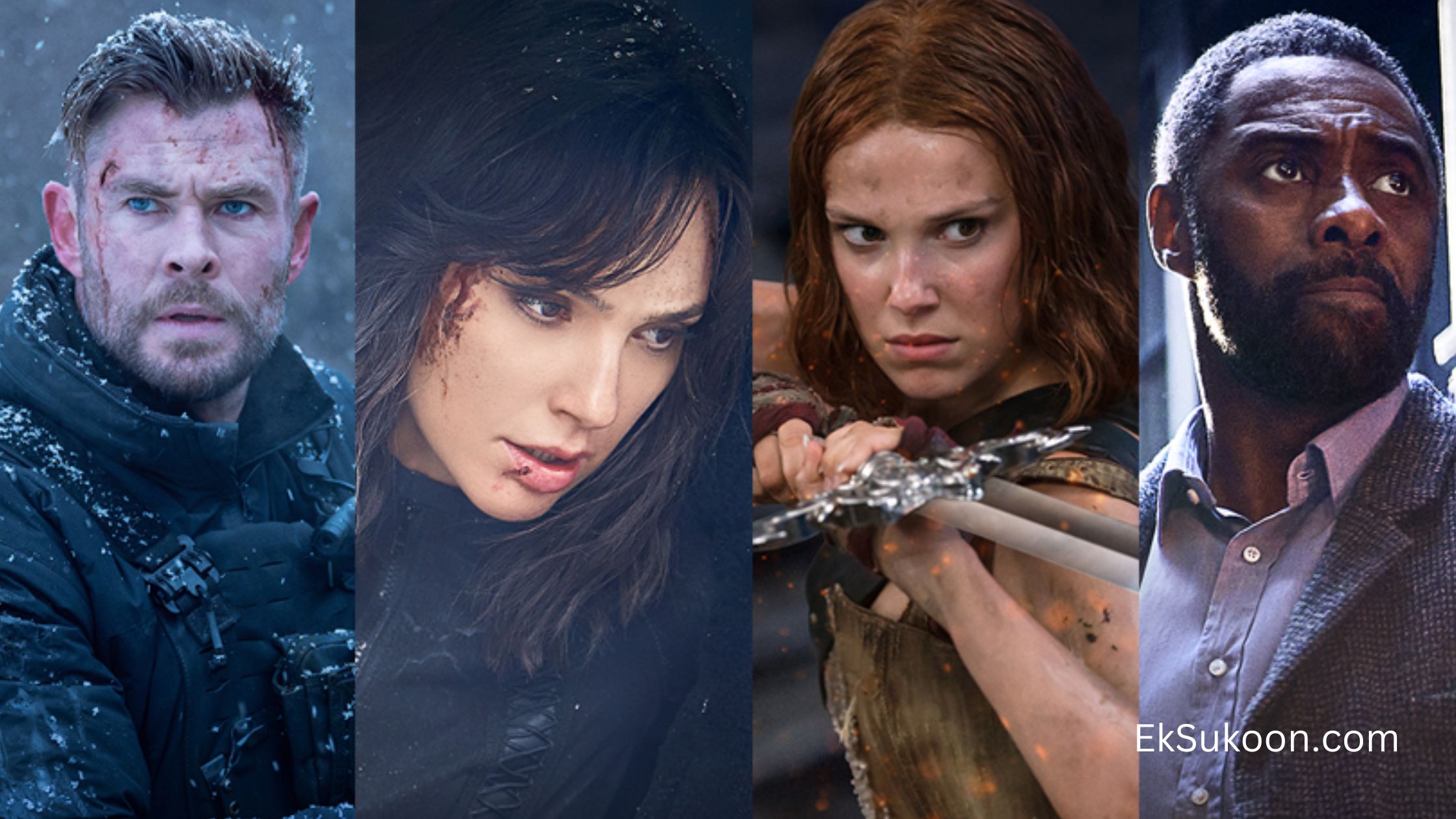 Netflix has announced a lineup of its most highly-anticipated movies for 2023, revealing the release dates for each film. The slate includes a diverse range of genres, including sci-fi, romantic comedies, thrillers, spy dramas, comedies, murder mysteries, fantasy dramas, action thrillers and more.

The announced titles include Rebel Moon, Extraction 2, Heart of Stone, Damsel, Pain Hustlers, and many more. Netflix’s upcoming 2023 film lineup features some of the biggest names in the industry in terms of acting and directing.

It’s worth noting that this is not an exhaustive list, as checkout the sneek peak of upcoming movies on Netflix has many more titles and surprises in store for its subscribers.

The story follows a young man and his beloved canine companion as they become separated on the Appalachian Trail. Desperate to find his dog before it’s too late, the man and his father embark on a search for the missing pet. The film is based on a true story of human perseverance and everyday heroism, and stars Rob Lowe, Johnny Berchtold, Kimberly Williams-Paisley, and Nick Peine.

Set in a post-apocalyptic future, a researcher at an AI lab sets out to end a civil war by cloning the brain of her mother, a heroic soldier. Directed by Yeon Sang-ho, the film stars Kang Soo-yeon, Kim Hyun-joo and Ryu Kyung-soo.

The film provides an in-depth look into the life of Pamela Anderson, one of the world’s most iconic blonde bombshells, and offers a humanizing portrayal of her.

The movie tells the story of a determined Australian teenager who sets out to become the youngest person to sail solo around the world, facing her fears and chasing her dreams along the way. Starring Teagan Croft, Cliff Curtis, Bridget Webb, Vivien Turner, Stacy Clausen, Todd Lasance, Josh Lawson, and Anna Paquin.

This documentary, directed by award-winning filmmaker Sam Pollard, delves into the life and legacy of NBA legend and civil rights icon Bill Russell.

This romantic comedy features Reese Witherspoon and Ashton Kutcher, and is written by the screenwriter of “The Devil Wears Prada.”

Idris Elba returns as the character John Luther, a detective who will stop at nothing to catch a killer, in this series. The cast also includes Cynthia Erivo, Andy Serkis, and Dermot Crowley.

The story follows a young boy named Peter as he embarks on a journey to find his long-lost sister Adele, with the help of a mysterious elephant and the magician who can conjure it. Starring Sian Clifford, Pixie Davies, Natasia Demetriou, Dawn French, Brian Tyree Henry, Noah Jupe, and Benedict Wong.

This film features Nick and Audrey Spitz, a struggling detective duo, who find themselves at the center of an international abduction case when their friend, the Maharaja, is kidnapped at his own wedding. Starring Adam Sandler, Jennifer Aniston, Adeel Akhtar, John Kani, and Mark Strong.

The film follows a travel executive who, after a sudden breakup, goes undercover to learn about the tourist industry in Vietnam and finds both adventure and romance with her Vietnamese tour guide. Starring Rachael Leigh Cook, Scott Ly, Missi Pyle, and Ben Feldman.

A female assassin comes out of hiding to protect the daughter she gave up years before. The people chasing her are dangerous, but she is even more deadly. Starring Jennifer Lopez, Joseph Fiennes.

This sequel features Tyler Rake, an Australian black ops mercenary, who is tasked with rescuing the family of a Georgian gangster from a prison where they are being held. Starring Chris Hemsworth, Golshifteh Farahani, Adam Bessa, Daniel Bernhardt, and Tinatin Dalakishvili.

A series of strange events leads an unlikely group of individuals to uncover a nefarious government conspiracy in this mystery caper. Starring John Boyega, Jamie Foxx, and Teyonah Parris.

The story follows an intelligence operative named Rachel Stone as she fights to protect her organization’s most valuable and dangerous asset from falling into the wrong hands. Starring Gal Gadot, Jamie Dornan and Alia Bhatt.

A young woman, who is sacrificed to a bloodthirsty dragon, soon realizes that she must save herself as no one is coming to rescue her. Starring Millie Bobby Brown, Angela Bassett, Robin Wright, and Nick Robinson.

The film tells the story of an assassin who, after a close call, fights against his employers, as well as himself, on an international manhunt that he insists is not personal. Directed by David Fincher, and starring Michael Fassbender.

The film follows a young woman whose romantic relationship sets off a chain of comedic events involving her mother and her movie star boss. Starring Nicole Kidman, Zac Efron, and Joey King.

This animated musical comedy is about the last year of elementary school as seen through the eyes of a class pet. Starring Adam Sandler and Bill Burr.

When a colony located on the outskirts of the galaxy faces an attack from the oppressive forces of Regent Balisarius, they send Kora, a young woman with an enigmatic background, on a mission to find warriors from neighboring planets to assist in their defense. Starring Sofia Boutella, Djimon Hounsou, Ed Skrein, Michiel Huisman, Doona Bae, Ray Fisher, Staz Nair, Charlie Hunnam, and Anthony Hopkins. Directed by Zack Snyder.