Amika Shail made a swift transition from Indian daily soap to bold local OTT web series. This Bengali Beauty is famous on social media for so many things. She teaches Yoga, she is a model, she is featured in popular TV shows likes Balveer and Naagin.

However, we are making a bold list of Amika Shail’s work on digital space. Here are some of the most popular web series and movies Amika Shail featured in.

Amika Shail was featured in the Ullu web series titled Khunnas. The web series was released in two-part showing the story of crazy love relationships and infidelity. Amika Shail played one of the lead characters in the show.

Amika Shail gave an impactful performance in the Cineprime short film titled ‘Video Call.’ The short film is about a couple and the horrific incident that happened to them when they visited a lodge. From the stunning choreography to oozing scenes, everything about ‘Video Call’ is great.

Disney+ Hotstar Quix came up with stunning short stories series titled ‘Chattis Aur Maina.’ Even though Sandeepa Dhar was the main lead, the web series gave all the actors to shine. Amika Shail is one prominent name among all those actors.

A movie featuring Amika Shail, Salim Zaidi, Vaibhav Shukla got mixed responses from fans. However, the movie is based on a real-life incident and is pretty interesting to watch. Take your time off to watch the great efforts from creators to come up with movies like Nachaniya.

Ullu Originals Good Night showed a twisted story of a night with 3 couples in a hotel. From the mystery to the intense horror tightly sealed with oozing content and a stunning cast. Amika Shail played a prominent character in the Good Night Web Series.

Amika Shail went on to feature on the new OTT platform web series Trapped. She uplifted the show with her acting chops. Rarely anyone knows about the existence of such a web series. It is probably because of the marketing team of Red prime OTT.

Rabbit Movies Mask Man trance you to the surreal world of suspense and mystery. It shows the romantic relationship of a couple tangled when a masked man appears on the farm where a surprise birthday party has been held.

Gandii Baat Season 5 brought Amika Shail’s never-seen-before character. She played the fun-loving bi athlete who swings both ways. She ends up giving one of the most playful and sensation intimate scenes with her female co-star Pooja Dey.

Amika Shail went on to be part of the Mirzapur web series. Her character in the show was limited to a couple of scenes. However, it just increased her IMDB work profile and became a prominent name for future projects on Local OTT.

Recently released Hai Taubba 3 showed a story featuring Amika Shail and Rutpanna Aishwarya getting cozy with each other. Even though she has played a gay character before, the show’s presentation of the scene is mesmerizing to watch.

Amika Shail shared screen space with actors like Akshay Kumar and Kiara Advani too. She was part of the movie Laxmii. She got a couple of scenes in the movie only.

On the work front, the actress is busy in another thrilling web series titled ‘High Dose,’ and a web film ‘Intention.’ We will keep updating the list as soon as we know about the actress’s work portfolio. 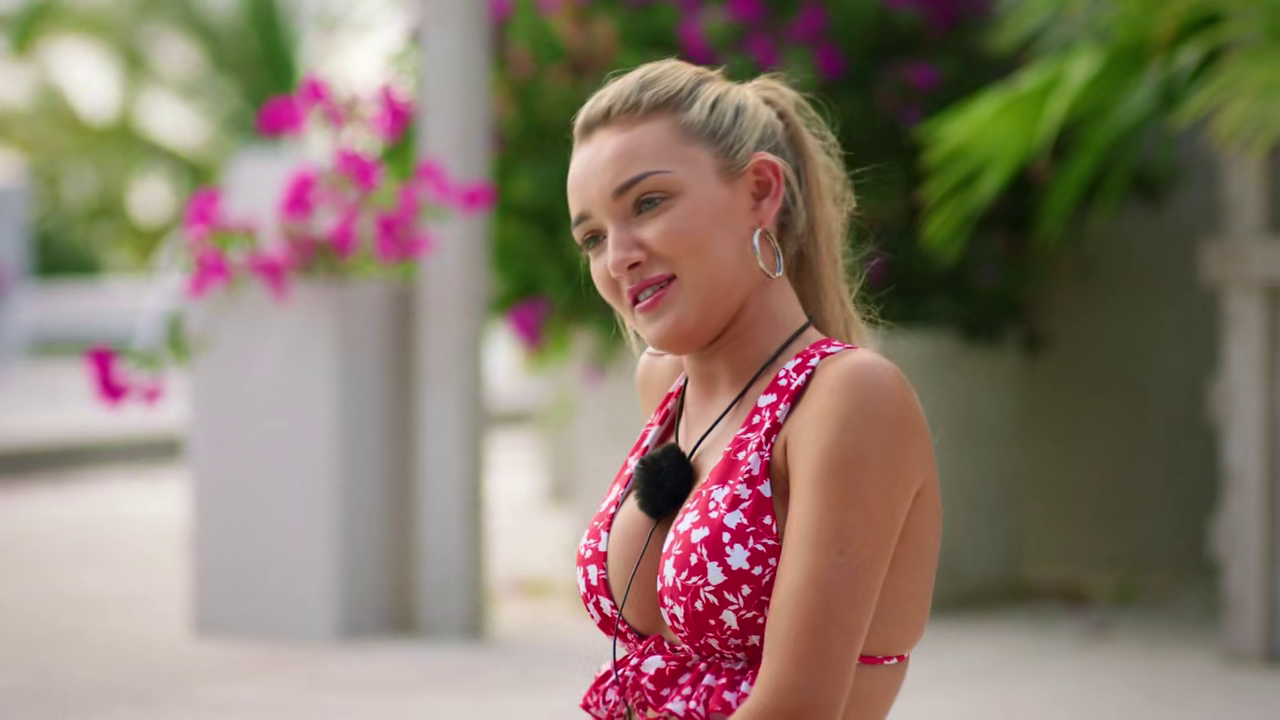